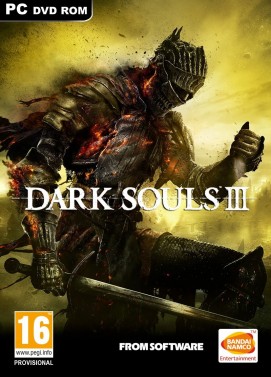 Add to Wishlist
Categories: Pre-Orders, Steam. Tags: Action RPG, Adventure, Cooperative, Dark Souls, Horror, Multiplayer, PvP, RPG.
This is a PRE-ORDER. The key will be delivered upon release. The game is expected to be released on April 12, 2016.

A dark and brooding fantasy adventure awaits players in a vast twisted world full of fearsome beasts, devious traps and hidden secrets. Players will travel across a wide variety of locations in an interconnected world of unrelenting challenge and deep RPG gameplay as they search for a way to survive the coming apocalypse.

As fires fade and the world falls into ruin, developer FROMSOFTWARE and director Hidetaka Miyazaki continue their critically-acclaimed and genre-defining series with Dark Souls III.

Fans and newcomers alike will get lost in the games hallmark rewarding gameplay and immersive graphics.