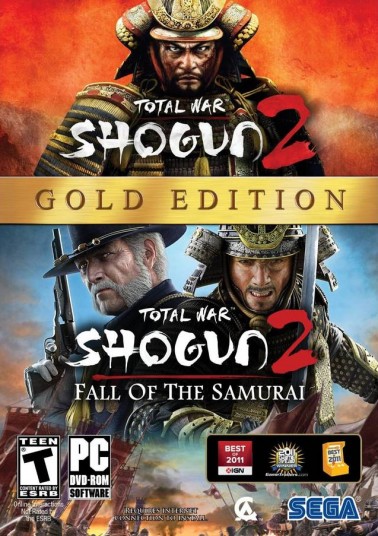 In the darkest age of Japan, endless war leaves a country divided. It is the middle of the 16th Century in Feudal Japan. The country, once ruled by a unified government, is now split into many warring clans. Ten legendary warlords strive for supremacy as conspiracies and conflicts wither the empire. Only one will rise above all to win the heart of a nation as the new shogun…The others will die by his sword.

Take on the role of one Daimyo, the clan leader, and use military engagements, economics and diplomacy to achieve the ultimate goal: re-unite Japan under his supreme command and become the new Shogun – the undisputed ruler of a pacified nation.

Rise of The Samurai is a brand new, independent campaign for Total War: SHOGUN 2. Set 400 years before the dramatic civil war depicted in SHOGUN 2, the “Rise of The Samurai” campaign is based on the Gempei War, a conflict between six legendary clans of the Taira, Minamoto and Fujiwara families. It culminated in the first Shogunate, and the rise of the Samurai as the ruling class.

Fall of the Samurai, the standalone expansion to the award-winning Total War™: SHOGUN 2, explores the conflict between the Imperial throne and the last Shogunate in 19th century Japan, 400 years after the events of the original game. A dramatic clash of traditional Samurai culture with the explosive power of modern weaponry. Guide ancient Japan into the modern age, as the arrival of America, Britain and France incites a ferocious civil war which will decide the future of a nation.