War of the Roses: Kingmaker 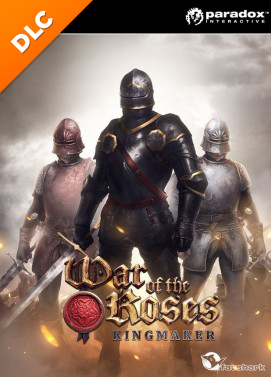 War of the Roses: Kingmaker is a team based third person action game set in 15th century England. Two rival branches of the Royal House of Plantagenet – the house of Lancaster (the reds) and the house of York (the whites) – fight over the throne, and the player is thrown into the fray.

War of the Roses: Kingmaker arms players with a wide variety of arsenal and armor from the Knights Hospitaller, Gallowglass Mercenary, Winter Has Arrived, and Outside the Law updates. Three new maps and two additional gameplay modes, including the Assault Mode released specifically for this version of the multiplayer action title are also included. War of the Roses: Kingmaker will separate the nobles from the rabble and put knights on the fast-track to glory, ready to fight and die for York or Lancaster – and go down in history as true heroes.