Home » Product » War for the Overworld

War for the Overworld 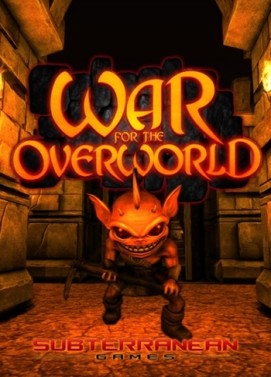 Tired of invading dungeons? It’s time you build your own.

War for the Overworld is a Dungeon Management Game that employs your favourite aspects of the RPG, RTS and god game genres.

In War for the Overworld, you will play as a malevolent Underlord with unrivaled dark power and an insatiable desire for bloody conquest.

Excavate your dungeon and populate it with dozens of unique rooms that will attract myriad creatures to your halls to work and fight for you. In addition to creatures you have destructive spells and powerful rituals to cast upon any unsuspecting goodly hero (or rival Underlord) who dares trespass your unholy halls.