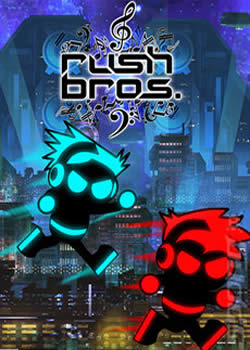 Rush Bros. “Discover gameplay with custom music”
Rush Bros is a music reactive Platform Racing Game that features a single player and a competitive multiplayer either split-screen local or online between two simultaneous racers. rush through over 45 unique levels jam-packed with puzzles, obstacles and power-ups in a race to the finish line where the victor can literally crush his competition.