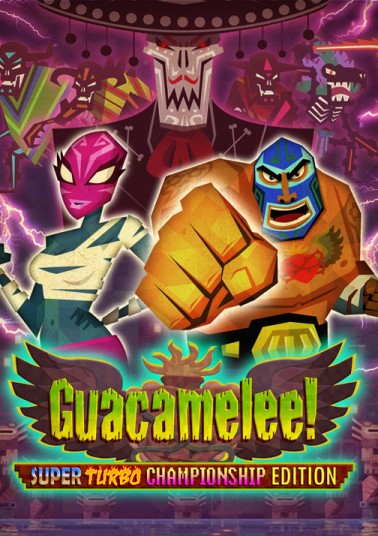 Juan Aguacate, an agave farmer who stumbles upon a Legendary Luchador mask, must find the strength and courage to become the Hero he’s always dreamed of being and put a stop to this.

Guacamelee! is a Metroidvania-style action-platformer set in a magical world inspired by traditional Mexican culture and folklore. The game features melee combat, parallel dimensions and same-screen co-op. The original Guacamelee! received wide critical acclaim and was a finalist for both IndieCade and the Independent Games Festival’s Excellence in Visual Art award.

STCE is a widely revamped version of the original Guacamelee!. Enjoy exploring two huge new levels, exploding into ‘Intenso’ power mode, and laying egg bombs as a chicken. You’ll need every bit of power to dispatch a vicious new class of Elite enemies, a host of updated and rebalanced challenges in Normal and Hard modes, and the scheming new boss, El Trio de la Muerte.