Home » Product » Company of Heroes 2: The Western Front Armies – US Forces only

Company of Heroes 2: The Western Front Armies – US Forces only 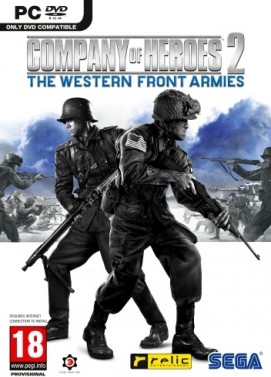 Under the Command of General Dwight D. Eisenhower, US Forces have driven ashore on the bloody beaches of Normandy and fought their way deep into Europe driving back the German war machine. Now battle fatigued and spread out on enemy soil, an army made of citizen soldiers are pitted against a battle-hardened professional military with over four years’ experience. Facing the best Germany has to offer, the US Forces fight desperately and viciously to expand the frontlines.

An adaptable army that will bend but not break, the US Forces draws on some extremely versatile infantry and vehicles, while the unique base structure of the army captures the temporary nature of the frontlines.

The US Forces allows players to play Company of Heroes 2 against players from around the world and the game’s AI. Enter the field of battle alongside America’s Soviet allies and face off against the Wehrmacht and Oberkommando West factions in Company of Heroes 2’s multiplayer modes.