Borderlands (Game Of The Year Edition) 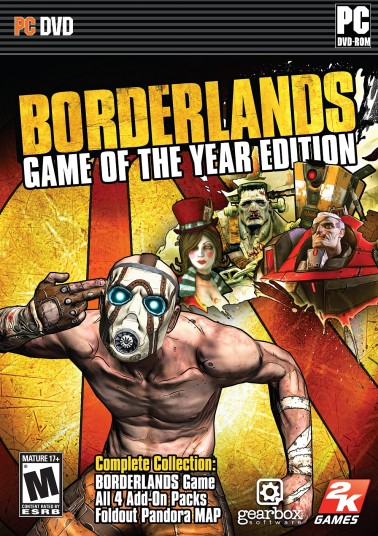 Get ready for the mind blowing insanity! Play as one of four trigger-happy mercenaries and take out everything that stands in your way!

With its addictive action, frantic first-person shooter combat, massive arsenal of weaponry, RPG elements and four-player co-op, Borderlands is a breakthrough experience that challenges all the conventions of modern shooters. Borderlands places you in the role of a mercenary on the lawless and desolate planet of Pandora, hell-bent on finding a legendary stockpile of powerful alien technology known as The Vault.